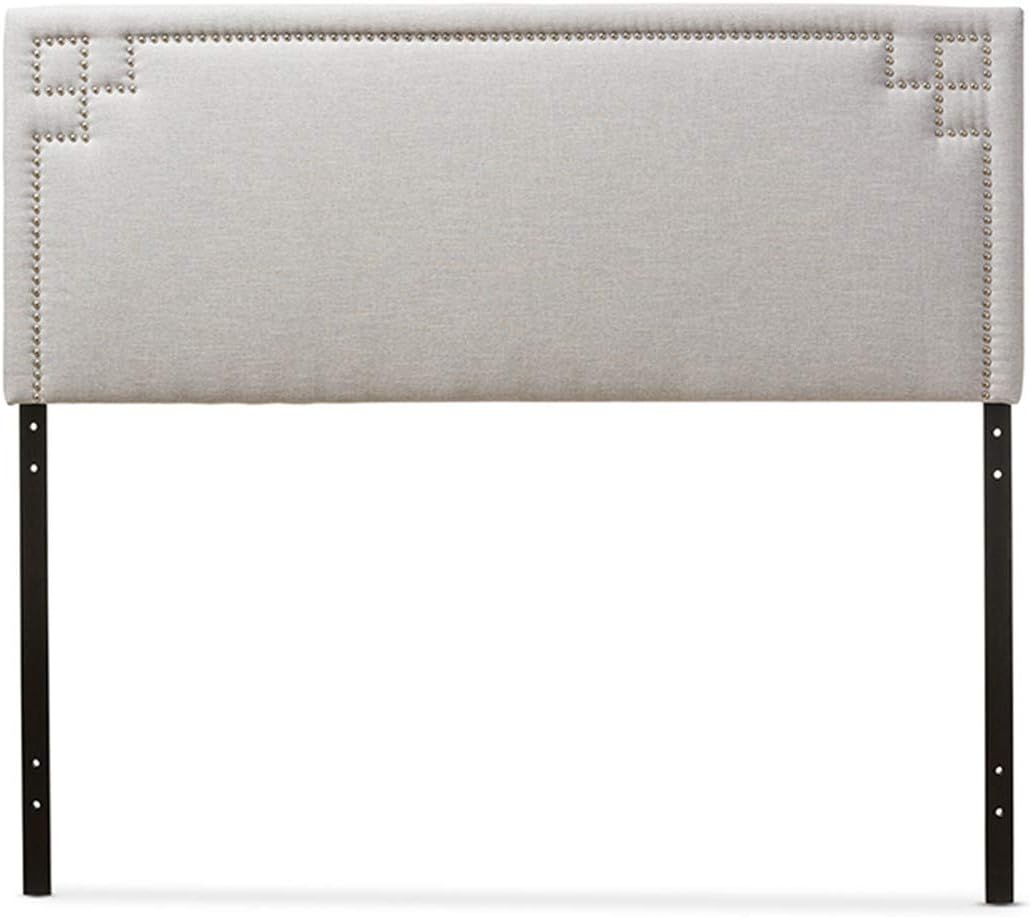 Add a touch of romance to the look and feel of your boudoir with the Geneva upholstered headboard. Featuring clean lines, subtle hues and chic, the Geneva headboard will create a handsome aesthetic in your bedroom interior. Constructed of solid rubberwood frame and plywood, the headboard is built to last. Soft polyester fabric over the foam filled headboard provides ample comfort for you to lean against. Leg supports are invisible once set up and can be adjusted to suit the height of your ensemble for convenience. Headboard sits between the wall and the ensemble frame, attaching not to the bed base but to the legs, for stability. Made in Malaysia, this headboard requires assembly.